Language is the most beautiful form of communication for it is just words that work magic and cast an indelible impression in our minds. The process of communication becomes more wonderful when diverse languages of disparate cultures unite together on a platform and connect one being with the other.

The Abhinay School of Performing Arts touted Sydney’s premier institution for art, theatre and cultural events is that bridge that offers a unique platform to aspiring and established performers. Its artistic programs reflect the Indian-Australian connection that strives to expand the sub-continental culture’s expressive range, fostering its stylistic evolution in Australia. In 2012, Abhinay School celebrated Hindi Diwas at the SydneyFringe Festival.

Sydney Fringe Festival was held from September 7 to September 30 and held over 250 events across more than 70 venues. Hindi Diwas is a significant occasion on the Indian calendar marking the day (September 14, 1949) India adopted Hindi as its National language in the Indian constitution. Aishveryaa proudly showcased this beautiful language at RangMahotsav as part of the Sydney Fringe Festival 2012 . In this 60-minute solo act performance, artist Aishveryaa Nidhi read unread chapters of a woman’s life who embraced darkness with open arms. Gandhari speaks her heart out for the first time. She assumes centre-stage and tells Mahabharata from her perspective- a perspective which is unheard of. Subtitles for non-Hindi speaking audience sufficed and conveyed the intended message embedded in the play. The relevance of the play in the contemporary world is it highlights the anti-war theme and the role of women, especially the mother in educating the society to give up violence.

The chief guest for the evening was Honourable Phillip Ruddock, ex-Attorney General and ex-Immigration minister of Australia. Aishveryaa gave a very moving performance. One person playing multiple roles is always a tough proposition for any artist but Aishveryaa’s rendition of every character was distinct and neat. From representing the conceited Bheeshma, tranquil Lord Krishna, disobedient Kauravas and helpless Pandavas to returning back to the victimised Gandhari, Aishveryaa fared extremely well in the transition. It was an act worth of standing ovation and she got it with lots of applause.

On September 16, 2012, Abhinay held ‘Indradhanush’ – a Festival of plays in Hindi/Hindustani involving more than 30 actors. Plays included Alex Broun’s ‘Cate Blanchet wants to be my friend on facebook’, ‘ Auckland’ and ‘Australia is tree growing in a garden in Chennai’, Jasbir Singh Ahluwalia’s ‘Nazdekee Dooriyan’, Sukhpreet Dhamoon’s ‘Dhalti Parchayian’, Arvind Shukla’s ‘Enjoying to the max’ and a special performance of Sepy Baghaei’s award winning play ‘Something to be done’ by Gabriel McCarthy. Dhalti Parchhayian (Waning Shadows) is a play that won the ‘Best Play’ as well as ‘Audience Choice’ award during Indradhanush – 2011, which was a first ever festival of short plays in Hindi in Australia. 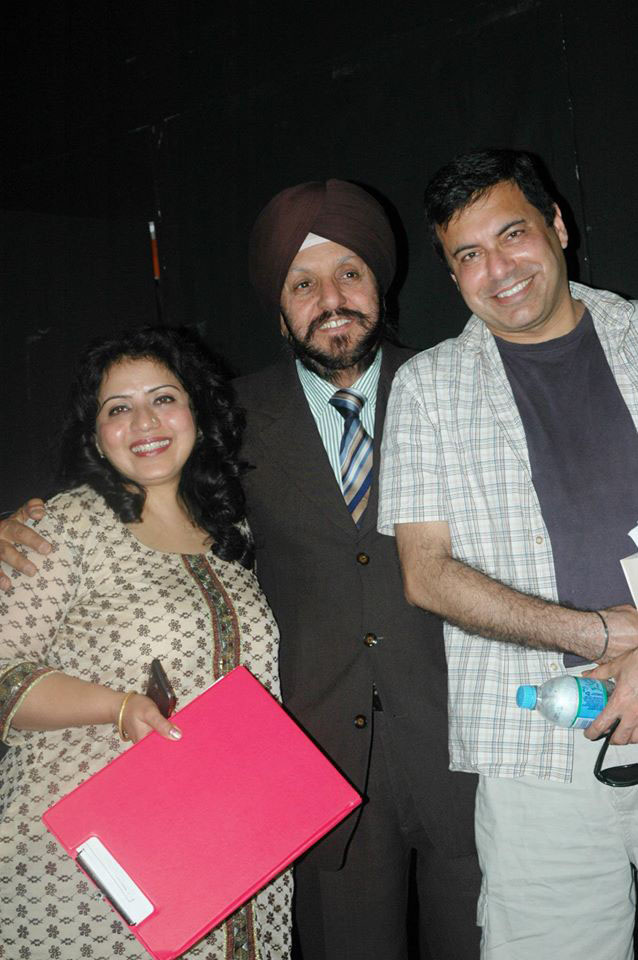 Cate Blanchett wants to be my friend on facebook
Facebook. It’s a valuable “social networking” tool. But what if you haven’t got any friends? Cate Blanchett, Academy Award winning actress (She played Galadriel in Lord of the Rings 1, 2 and 3!) knows the feeling. And now she’s out to get some more. Whether Barry likes it or not. A comedy – with one very famous person…

Nazdeeki Dooriyaan
The concept of closeness and distances vanishes when a friendship crosses all distances – political, religious, social and even time itself.

Something to be done
One man’s search for inspiration, but like many before him he struggles to find what he’s looking for.

Australia is a tree growing in a garden in Chennai
Two Australian tourists meet on the top deck of a ferry in Mumbai harbour.

The Kill
A psychological dream-thriller. With tomatoes.

Auckland
A haunting monologue about the other side of Australia’s refugee “crisis”.

Enjoying to the max
This play is about today’s young generation, who only want to enjoy life, get into habit of overspending and also forget their parents in the process.

Dhalti Parchhayian
Nisha’s separated parents are unable to put their past prejudice behind them, struggling to find the lost love they once had. In their hearts absence, they forget that the most important love of all is their love for their child.